“I went back and forth about which book to recommend for the first book club. A part of me wanted to recommend Plato’s Gorgias (which I believe should be required reading for all debaters). Another part wanted to recommend Kahneman’s Thinking Fast and Slow (an eye opening look at the weirdness that is human cognition). A yet third party of me wanted to recommend something fun to keep people coming back to the book club (I quickly realized though that I have no idea what other people find enjoyable). However, I ended up rejecting the various suggestions of my, arguably wiser, other parts and ultimately decided on Make it Stick.

I chose Make it Stick not because it was the most enjoyable read, nor because it contains the most useful information. Instead, I chose make it sick because I think that the science of learning has a special claim to temporal priority. If you are going to learn three things, a) how to be ethical and a debater b) how the human mind processes information and c) how to learn in a way that will help you remember information later, its best to learn the learning first, that way you can apply those lessons to each of the other subjects in turn.

It’s the beginning of the school year, you are about to spend nine months reading for classes, drilling for debate, studying for exams, and remembering for life. And the scary thing is that the majority of things you learn this year will be forgotten by the time next year roles around. Humans keep in long-term memory and shockingly small percentage of the information they try to retain.

Luckily we can do better, and even minor changes in how we study and learn can pay real dividends in long-term retention. There has been a huge growth in scientific work on human memory and learning, and Make it Stick does a wonderful job of presenting that science in an accessible form and in giving practical advice on how to learn this science to improve your own learning. It also does a wonderful job of using the very principles of effective teaching in the design of the book. Thus, the book not only tells, but also shows how to learn well.

Your goal while reading this book should be to both familiarize yourself with a vocabulary with which to think about your own learning and to learn some practical tips and principles you can use to change how you study and drill.”

“If anyone has watched my VBI module about making the most of your camp knowledge (which you can find here), a substantial portion of that module was based off of this book that Marshall forced me to read. But my module barely got beyond chapter 3 in terms of the content and anyone interested in learning how to learn should read this book.”

Pick up a copy of the book here.

“This is an amazing article written by one of my all time favorite living philosophers.”

You can find the article here.

Podcast: The Science of Doing Good on The Knowledge Project

“The Science of Doing Good interviews the youngest tenured professor of philosophy at Oxford William MacAskill. On top of being remarkably smart,

he is also the co-founder and President of the Centre for Effective Altruism. This podcast episode is an illuminating insight into the basics of Effective Altruism, which is the idea of using science, reason, and evidence to find the best possible way to make a difference in this world. Effective Altruism is a movement that really hit me hard after contemplating my lifestyle choices and spending on luxury items that are really unnecessary. Debaters, by virtue of living in the United States, have many opportunities. These include opportunities to succeed in life, to debate, to make the most of their futures. But they also include the opportunities to use what they are fortunate enough to have by being lucky enough to be born here to greatly benefit the lives of others who are not as lucky to live here and instead live lives characterized by suffering and destitution. I think every debater should seriously consider the impact that they can have on the world right now and this podcast episode might just force you to care a little more about the world outside. MacAskill spends this podcast discussing a wide variety of issues, but the focus of the episode is on effective altruism. He also discusses cognitive biases, mistakes, and the meaning of life. This episode is a must listen to for those unfamiliar with MacAskill and his works.”

You can find the episode here.

For those interested in learning more about altruism, check out this talk by Peter Singer.

Bonus: Harry Potter and the Methods of Rationality by Eliezer Yudkowsky

“This fan-fic, written by commonly cited utilitarian and prominent AI writer Eliezer Yudkowsky, is (maybe) undoubtedly the greatest Harry Potter fan-fic ever written and in contention for the greatest fan-fic of all time (although that claim is certainly much more 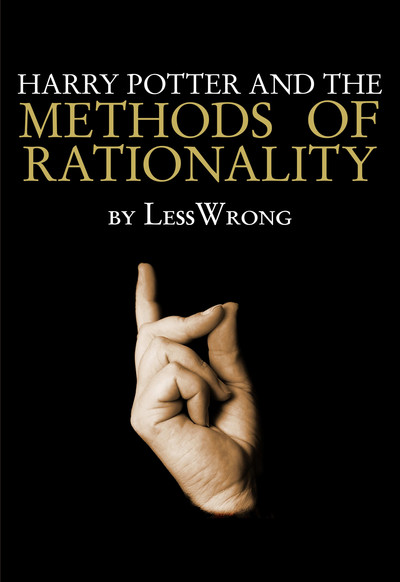 controversial and I can see why one might disagree). The story follows young wizard Harry James Potter-Evans-Verres as he attempts to explain wizardry using the scientific method. This book is over a hundred chapters long and was designed to promote the rationality skills Yudkowsky advocated on his site https://www.lesswrong.com/. Debaters aspiring to think about the world in a more rational and logical way will find this work to be both ridiculously hilarious and informative. I’m currently on Chapter 20 of the podcast and have been enjoying every bit of it. Note: the story really starts picking up around Chapter 5, so don’t be turned away so quickly. This book has also received many mixed reviews and please remember that Yudkowsky is not primarily a fiction writer.

For those that have seen Marshall and I’s debate on Harry Potter on youtube (which you can find here), this book is carded in it.”

You can find the work for free here as a book or as a podcast on the podcasts app by simply searching Harry Potter and the Methods of Rationality.